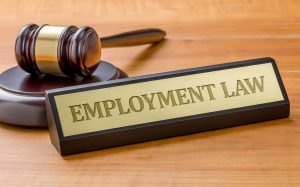 Few people will read all of this, but if I don’t write this blog each year, there’s bound to be someone who misses it!

This year I’ve done my best to cover all the known #employment law changes and listed them in an approximate order of importance.

These are a mixture of matters that have already been committed to legislation (with or without implementation dates) and promises made in the Queens Speech (QS) in December 2019.

Likely to affect all employers.

1. From April 2020 all workers will be entitled to a written statement of their terms (usually given in a Contract of Employment) on or before the first day of engagement. Currently this only has to be provided within the first two months of employment.

The amount of information that is required is also being increased (although most well drafted contracts will already comply), so employers will have to review their contracts, and if you currently don’t issue them until a new employee has started, you may need to look at your approach.

2. Currently women on maternity leave that are affected by redundancy must be offered a suitable vacancy where one exists. This right effectively gives them priority over other employees.

The Government has made a QS commitment to extend this right from the point at which the employer is notified of the pregnancy until six months after the end of maternity leave.

3. Extended leave and pay for neonatal care to support parents with premature or sick babies.

4. As promised in the Conservative Party’s election manifesto, unpaid carers will be granted a weeks’ leave.

5. A consultation followed by legislation will make flexible working the default unless an employer has good reasons not to allow it. Another manifesto promise which we will have to wait and see how it will differ from the current right to request flexible working after 26 weeks employment.

6. Calculating holiday pay for workers whose working patterns vary can be a nightmare. Currently, pay for these types of workers should reflect their average in the previous twelve weeks. From April 2020, it will be the average of the previous 52 weeks.

7. Termination payments over £30k will not only be taxable (which they are at the moment) but will also be subject to employer’s national insurance payments.

8. The introduction of a single labour market enforcement body (QS Commitment). Proposed originally in the Taylor Review, it’s envisaged that it will be responsible for areas such as modern slavery, sick and holiday pay, and other matters related to vulnerable workers.

9. National minimum wage increases come into force on 1st April with the headline National Living Wage (for those aged 25 and over) going from £8.21 to £8.72.

10. There will probably be increases to statutory pay rates for maternity, paternity, shared parental pay, adoption and sick pay from the first Sunday in April.

11. Parents who have lost a child will be allowed two weeks leave (Parents Bereavement Leave), although a firm date for the introduction of this is still awaited. This leave will be paid after 26 weeks of service.

12. Temporary work agencies must provide work seekers with a Key Information document including information about minimum expected rates of pay, and who will pay them.

13. The ‘Swedish derogation’ which allowed employment businesses to avoid pay parity requirements providing workers remain contracted to the agency between assignments will be scrapped from April 2020.

This is likely to inflate the costs of using agency workers.

14. There has been previous consultation about a ‘National Disability Strategy’ to encourage employers to retain disabled employees and others with health conditions. Detailed proposals are promised.

15. Addressing concerns about zero hours contracts, it is proposed to introduce a right to request a more predictable contract after 26 weeks, which presumably will work a bit like the current right to request flexible working i.e. a worker can ask, and an employer can reasonably refuse.

16. Executive pay reporting came into effect from 1st January 2020. This requires companies with more than 250 employees to report on the comparison between their CEOs pay and that of employees at various levels.

From now on this information must be in their annual director’s remuneration report.

17. Although strike action in the UK is at an all-time low, it’s hard to believe that if you are a rail commuter in the South East or North West. Minimum Service Agreements are to be introduced to set out minimum service patterns and numbers and nature of staff that must work during a strike.

18. Off payroll working arrangements (usually referred to as IR 35) have been changed in the public sector, and from April 2020 these changes apply to larger and medium sized private sector organisations.

There may be changes to the detail of this legislation, but just this week it has been confirmed that there will not be any change to the implementation date.

The rule changes mean that payments made to individuals through personal service companies will be subject to tax deductions by the client.

Small companies are exempt. You’ll need advice, but basically turnover under £10.2 million and less than 50 employees in the tax year will qualify as small.

19. Legislation to ensure tips go to workers in full.

20. Subject to a minimum of 15, an employer has to respond to a request from 10% or more of employees who ask the employer set up an ‘information and consultation arrangement’ (normally referred to as a Works Council).

From April 2020 the percentage is being reduced to 2%.

I’ve done my best to ensure that this list is comprehensive, but as ever I look forward to comments on anything you think I have missed.

It will be interesting to look back on 2020 to see how much of it got delivered.