It won’t surprise you that the question in the title is not one I am going to get into.

Secondly, the concept of bullying means different things to different people and is somewhat difficult to define.

In a recent CIPD survey 20% of organisations reported an increase in negative conflict such as bullying and harassment in the workplace.  This is not surprising given the current covid related situation with so many people having to work in difficult circumstances.

Bullying and harassment are frequently complained of when employees are put under pressure in some way.  Their work is criticised, they are under the threat of redundancy, or their attendance is being reviewed are three typical examples.  This is not to suggest that it doesn’t also occur because some people intentionally or otherwise seek to intimidate or dominate colleagues.

In Priti Patel’s case, leaked reports in The Times suggest that she told civil servants that they were ‘f***ing useless’, and even the brief findings of the full report by Sir Alan Allan, reproduced in The Guardian, refers to ‘occasions of shouting and swearing’.

The definition of bullying poses challenges, and I covered the similarities and differences between bullying and harassment in a previous blog about sexual harassment.

There are lots of different definitions of bullying (unlike harassment which has a legal definition in the Equality Act 2010), with the definition by #ACAS as the most frequently referred to

‘offensive, intimidating, malicious or insulting behaviour, an abuse or misuse of power through means that undermine, humiliate, denigrate or injure the recipient’.

‘intimidating or insulting behaviour that makes an individual feel uncomfortable, frightened, less respected or put down’.

‘legitimate, reasonable and constructive criticism of a worker’s performance will not amount to bullying’.

How will I recognise it?

Helpfully, in another publication, ACAS give us a few examples which include

Sometimes physical intimidation can be involved such as when a boss stands or sits on their desk towering over an employee whilst addressing them, or invades their personal space.

Priti Patel said ‘I have never intentionally set out to upset anyone’.  Sir Alan’s report acknowledges that the bullying behaviours may not have been intentional and that the Home Secretary was ‘frustrated by the Home Office leadership’s lack of responsiveness’.  But, that’s not really the point, it’s more the effect that is important!

Unlike harassment (which is similar, but on the basis of some form of discrimination), bullying in itself can’t give rise to a claim in front of an Employment Tribunal.  In most cases bullying gives rise to a claim for constructive dismissal, and it is for the Tribunal to decide whether the behaviour complained of was so serious as to breach the implied duty of trust and confidence that should exist between an employee and their employer.

They may decide this in relation to Sir Philip Rutnam’s constructive dismissal claim against Priti Patel after he resigned in February alleging bullying and whistleblowing.

The intention of the perpetrator does not matter (it’s not an excuse).

Being the subject of bullying behaviour can make some people ill with stress/anxiety etc. and give rise to a personal injury claim, and it may even be a breach of an employer’s ‘duty of care’ in health and safety terms, particularly if nothing is done after a complaint.

What do employers need to do about bullying?

Above all, remember that colleagues do not perform at their best in an environment where bullying is allowed or condoned.  It rarely gets the best out of people, so there is a cost to the business.

Given the outstanding Rutnam case mentioned above, we have not heard the end of this matter.

For me, it’s provided a nice opportunity to write about something other than covid related employment matters. 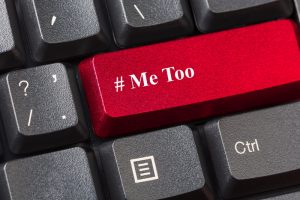