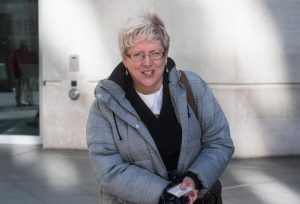 In the same month (June 2018) as the 50th anniversary of the ‘Dagenham Ladies’ strike, the BBC gives £280,000 (according to The Telegraph) back pay to Carrie Gracie following her complaints about #equal pay.

On the same day as the #BBC publishes it’s 2018 list of top earners I take a look at what this case was really about, and what can be learnt from it.

In 1968, a strike by sewing machinists in the Ford plant in Dagenham, became a focal point that led to an intervention by the then Employment Minister, Barbara Castle.  Many credit this with leading to the Equal Pay Act 1970.

Fifty years on, we still have a national gender pay gap of 18.4% (worth noting that the BBC reported less than half the national average at 9%), we see the first publishing of gender pay gap reports by companies with more than 250 employees, and there is a major row between female presenters and BBC management.

What does the law say?

The right to equal pay is now enshrined in the Equality Act 2010 (and supported by a Statutory Code) and has the effect of incorporating into every contract of employment the right to the same terms and conditions as a comparator of the opposite sex in the same organisation providing they are doing ‘equal work’.  ‘Equal work’ means ‘the same or broadly similar’ (like work), work rated as equivalent by a job evaluation process, or, work of equal value in terms of the demands made such as the effort, skill and decision making involved.

Is it always unlawful for people to be paid differently for equal work?

No. There can be many reasons why differentials exist, the key is that they must not be to do with a gender difference.  For example, differences may exist because of past performance, length of service, geographical location, or even because of a genuine mistake.

What are the risks?

Equal pay claims are complex, and for this reason they are usually brought before a Tribunal on a collective basis by Trade Unions, or by highly paid individuals such as broadcasters. A Tribunal has the power to award up to six years back pay.

The effect of these judgements can be huge.  Currently before the courts are claims against major retailers such as Tesco, Morrisons and Asda, where employees on check-out tills are claiming equal pay on the basis of their work (largely done by women) being equal to the work in distribution warehouses (largely done by men).  In one of these (Tesco) the award may be the largest ever claim at £4billion.

In her open letter to the BBC, Carrie Gracie says:-

“The BBC belongs to you, the licence fee payer. I believe you have a right to know that it is breaking equality law and resisting pressure for a fair and transparent pay structure.”

The BBC may have been resistant to transparency, but I’m not sure that it was breaking equality law.  Carrie claimed that two male international editors were being paid at least 50% more than the two women editors (Katya Adler is the other women whose salary has now also been adjusted according to today’s BBC 2018 top pay list).

Now, the BBC may well have had a reason for these differentials which was not to do with gender.  It could, for instance, have argued that John Sopel occupied the top international job as the Washington editor, and Jeremy Bowen effectively worked in a war zone.  In other words, there were other differences largely to do with geography or political significance.

The real reason why this case has been settled, and we may never know the detail, may be more to do with Carrie’s understanding that when she accepted the job in China, she had secured pay parity with these other male editors.   Her argument may really have been a contractual claim that she did not get what she was promised, and when the BBC published figures in 2017, all was revealed.  With some justification she may well have a case that the lack of transparency masked a wider approach which rewarded men more highly than women without justification, but the crux in her case may still be that she was promised something she did not get.

Is a promise like that, even if only verbal, enforceable?

Yes it most probably is.  An oral promise that she would be paid the same as others, particularly if it was given in the context of a recruitment discussion, could amount to a contractual undertaking.  A Court may well uphold it provided it was satisfied that the fact that it was said is not contested (the BBC admitted it), that it was clearly quantifiable, and intended to be a binding undertaking.

What can be learnt from this situation?

Carrie Gracie is undoubtedly passionate about the issue of equal pay.  She insisted on it when she took the job, resigned when she found out that promises had not been honoured, and is donating her back pay to the Fawcett Society (an organisation that campaigns for women’s rights).

On top of all that (I think!) she is a great journalist, but, is she a 21st Century Dagenham lady?  Yes and no!  She is clearly passionate about the same issues, but her actual circumstances were probably more about a failure to honour a contractual undertaking than they were about equal pay.

Essentially, Carrie appears to have been compensated for the failure on the part of the BBC to honour a contractual undertaking that she would be paid the same as someone else, this does not mean that the BBC was breaking equality law, as it may have been able to justify the difference in pay.

In their statement on the matter, the BBC said:-

The BBC acknowledges that Carrie was told she would be paid in line with the North America Editor when she took the role of China Editor, and she accepted the role on that understanding……..The BBC acknowledges the specific circumstances relating to Carrie’s appointment, apologises for underpaying Carrie, and has now put this right.

Despite these specific circumstances, it has been acknowledged by others including Clare Balding, that she has been fighting the cause for all women.  With only 2 women in the top 20 earners in today’s list, there’s still quite a way to go.

If you have enjoyed this blog, and would like to read another recent one, go to http://bit.ly/10documentsyouneed