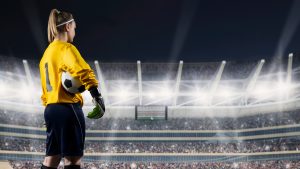 The papers last weekend predicted that Mark Sampson, the recently departed Manager of the England Women’s’ Football team would go to an #Employment #Tribunal and claim either unfair dismissal (The Telegraph) or wrongful dismissal (The Times).

FA Arbitration rules may mean that talk of a Tribunal is completely misplaced, but what’s the story so far, what does it tell us about handling this type of situation, and what sort of case would Sampson have in front of a Tribunal.

Firstly, the story as it appears in the press seems to be that Sampson was recently accused of making racist remarks to two players, Drew Spence (how many times had she been arrested) and Eli Aluka (a reference to her relatives not bringing Ebola with them from Nigeria).

Sampson denies these allegations, and was twice cleared by an investigation instigated by the FA.

Dramatically, last Wednesday (20th Sept 2017) Sampson’s employment was terminated, and a third investigation into the racist remarks was launched. The sacking was as a result of a re-examination of an earlier investigation into an incident whilst Sampson was at the Bristol Academy between 2009 and 2013.

“it is our judgement that it (the report) revealed clear evidence of inappropriate and unacceptable behaviour by a coach” (FA Statement).

Secondly, let’s look at how this has been handled.

Football does not have a good record on these types of issues. In 2014 Richard Scudamore (Chief Executive of the Premier League) drew the wrath of politicians as a result of sexist remarks made in emails, and last year we saw both Chelsea FC and Jose Mourinho in front of an Employment Tribunal over the constructive dismissal of their first team doctor.

On Monday 26th September 2017 the FA made a further statement backing their Chief executive (Martin Glenn), but questions about the procedure are clearly being asked. Several FA officials are likely to have to face parliamentary scrutiny in October.

It is reported that Sampson was sacked with a £20k pay off, and we probably will never know if this is true. He could well have concluded a deal covered by a settlement agreement committing both parties to respect confidentiality, or he may have been sacked pending negotiations of a settlement.

There are four issues to think about when in this situation.

1. It would probably have been reasonable for the FA to have taken the Bristol report into consideration if it was concluding that there had been racist remarks or other related behaviours, but to sack on the basis of an old incident, when no action was taken at the time, is unlikely to get across the required threshold of reasonableness at a Tribunal.

2. There may be an angle that Sampson should have declared the Bristol incident at his interview, but after an exceptional record in terms of results, it would probably be hard to sustain this as a fair reason for dismissal.

3. The FA could have met with Sampson when their attention was drawn to the old report, and opened negotiations about a settlement agreement as an alternative to a third investigation possibly concluding that he be sacked for gross misconduct. Indeed, this may well be what happened – the FA Statement (see above for link) does say

‘we have acted quickly to agree a termination of Sampson’s contract’ (notice the word ‘agree’ – does that mean the FA Board agreed, or that they agreed with Sampson!)

They clearly had substantial reputational issues which would have legitimised this approach, although the danger of white washing allegations would obviously be present.

4. They may have felt that the PR surrounding this case was severe enough to dismiss without a reasonable procedure or a settlement agreement. This is the ‘fire and be damned’ or the ‘walk to the car park’ approach.

They will have been advised about the risks and decided to sack Sampson and negotiate from there.

Thirdly, what are Sampson’s possible claims?

If he was just sacked for gross misconduct because of the Bristol incident, then this could give rise to an unfair dismissal claim, but compensation will be limited to about £80k. He was reputed to be on up to £150k, so £80k does not look very attractive. Many of us would also lose some of that compensation in lawyer’s fees (say £15 to £20k for a two-day Tribunal) but he may have the benefit of representation costs covered by a professional body.

He may also have a claim for wrongful dismissal if, for instance, the FA were in breach of a contractual disciplinary procedure, or did not give him his contractual notice. For this, his compensation would be capped at £25k in a Tribunal.

He apparently had two years to run on his contract, so there may be other contractual breaches which he could choose to pursue in a High Court, which would overcome the £25k cap in a Tribunal.

What’s he likely to do?

The FA and Sampson’s lawyers are probably talking.

If settlement negotiations have not already started or even concluded, Sampson has 3 months to go to an Employment Tribunal and six years to a High Court. He may well feel that his career in football in the UK is finished, and therefore the FA has much more to lose from protracted Tribunal or Court action.

So, if behind the scenes negotiations don’t go in his favour, litigation could proceed as a tactic for extracting more out of the FA, because of the potential for negative PR, than he would otherwise get from a Tribunal or Court.

It is likely to be a test of nerves, unless his lawyers can come up with something else such as discrimination. This would open the possibility of a claim for lifetime loss of earnings.

Perhaps, something to do with a Welshman managing an England team, but that’s another story!

My own view – it won’t get to Court, but I said that about the aforementioned Chelsea affair and it ran for two days in a Tribunal before they settled!